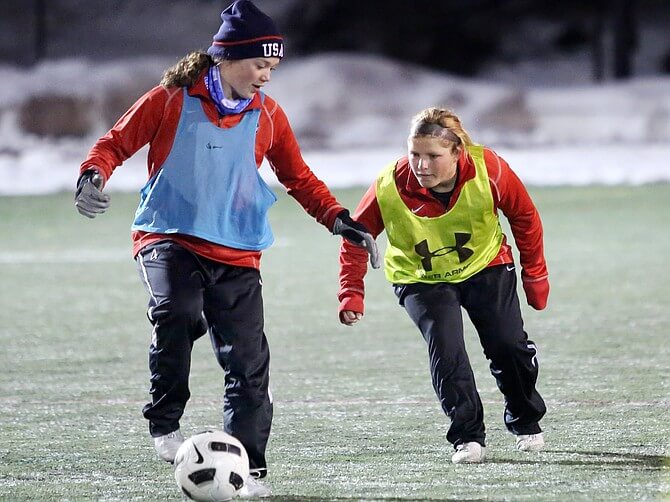 SteamboatToday.com — The Steamboat Springs High School girls’ soccer team rallied from a two-goal deficit against Battle Mountain in the second round of the Class 4A state tournament last spring. Despite an eventual season-ending overtime loss to the Huskies, it was that never-say-die attitude that has coach Rob Bohlmann feeling good about 2016.

“The biggest thing is taking forward on where we left off,” Bohlmann said. “It’s that character, that grit and that competitiveness in any and all situations that is super exciting about this group.”

The Sailors return plenty of experience from a team that went 11-5-1 last season. Steamboat did lose the core of its defensive line, but what it brings back should more than make up for those subtractions.

“We have a strong senior group, and we’ve all played together since we were so little — it’s nice to have that leadership and stability on the team,” senior Ellese Lupori said. “And we are one of the most athletic teams. I think that’s our edge.”

Offense has been a focus of many practices so far, but the players don’t think they’ll have the lone identity of an offensive team. Undergirding a strong group of seniors is a handful of talented underclassmen ready to step in and fill the void left by last year’s senior class.

“Every season at the beginning of the year, you have to polish your first touch and passes, but I feel we are doing well being more creative and spreading the field more,” senior Tess Richey said. “The technical stuff, like first touch and passing, will come as the season progresses.”

Steamboat’s season gets underway at 6 p.m. Friday at home against Middle Park at Gardner Field. Middle Park went 12-3 last season, losing in the second round of the Class 3A state tournament. The teams haven’t played since the 2012 season, a 4-0 SSHS win.

Following Friday’s game, the Sailors host Summit on Tuesday, before traveling to Palisade on March 18 and to Delta on March 19. Then, March 22, Steamboat will host Battle Mountain in a game that is being circled by many.

“We are definitely very hungry,” senior Natalie Bohlmann said. “And coming off last year, I think we are really excited and ready to beat Battle Mountain, for sure.”

Steamboat will make a return trip to Battle Mountain on April 15.