U16 Steamboat Soccer Girls Win Against Geilo of Norway 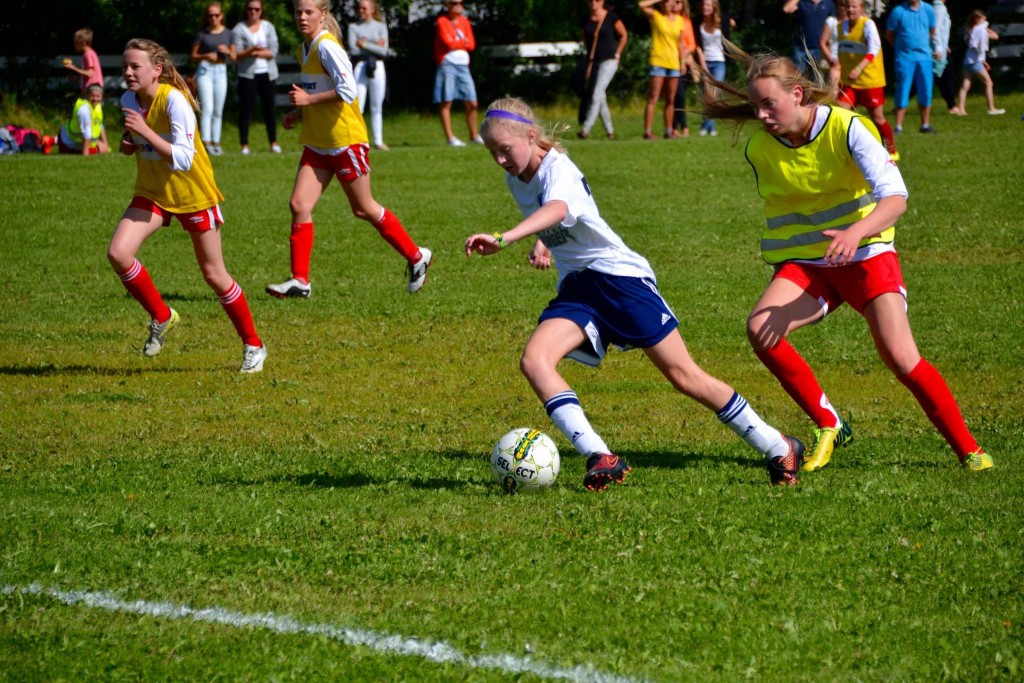 The U16 Steamboat Soccer Girls sealed a victory against Team Geilo of Norway On Monday.  Steamboat pressed hard and scored the first goal at minute six.  Megan Salyer received a ball at the top of the 18, beating two defenders to finish a clean shot beyond the goalies reach.  The second goal was followed quickly by Tanner McCann. This goal came from a cross by Kelly Petix.  Tanner cleanly finished this cross with a near post finish. Goal three arrived after a penalty was drawn by Rachel Hughes within the 18.  Kelly Petix stepped up to put away the penalty kick in the 15th minute.  With only one sub for the tournament, the Steamboat Girls played possession and solid defence to hold on to their comfortable 3-0 lead.  Steamboat faces Gjelleråsen today at 3:30PM.