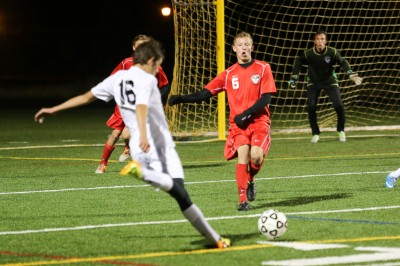 On a night that saw rain, sleet and cold temperatures , the name of the game for Summit was corners, long throw-ins, corners, long throw-ins, and two break-a-ways. Steamboat over all played a controlling game, but could not find a way to get to goal Tuesday night, with only 6-16 shots on goal, where Summit racked up 13 corners and another 12 deep throw-ins, that were even more accurate into the box, that resulted in the second of Summit’s 3 goals.  Overall, the Sailors were able to defend the deep threats very well, but it was some missteps with the ball deep in Sailor territory that proved to be the teams ultimate undoing.

Next up for the Sailors is Delta at home, Saturday October 4th, at 11am.