Rachelle Koly is sometimes too powerful with her shot on goal.

The senior is one of the fastest players on offense, outrunning everyone in sight as she plows down the center to take the opening goal in Steamboat Springs High School girls soccer’s 4-1 victory over Glenwood Springs (3-2) on Thursday. 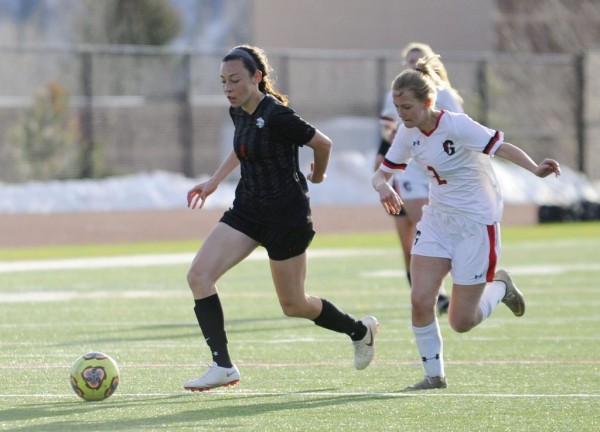 But sometimes, she sees her shots soar over the goal, good enough for three points through the uprights on a football field.

“I’ve really been trying, when I get the ball, to not be all flustered when I get it, so I know where I want to go — back of the net every single time,” Koly said. “Head down, over the ball because I think I was missing the technical part of shooting. That’s why they were going over. I was leaning back all the time. Just going back to the basics really worked out.”

Koly was one of the two top scorers in Thursday’s contest. Both Koly and junior Sophie Leeson led the team with two goals. The pair seemed to take turns and draw from different angles.

Koly’s first goal was a one-on-one battle with the goalie on a breakaway stride, drawing the goalie over to the left only to knock the ball high to the right center.

Leeson’s goals have a special finesse to them — she’s dodging defenders with her ball-handling skills and finding the corners of the goal, or she’s in the right place at the right time when players feed her from the outside.

“Rachelle has done a fantastic job on how to really connect with her players on flank and same with Sophie,” assistant coach Erin Early said. “They both have different strengths. Rachelle’s got the power and speed and a different shot. Sophie’s got the creativity and the willingness to take risks and find different ways to play chess with the defenders.” 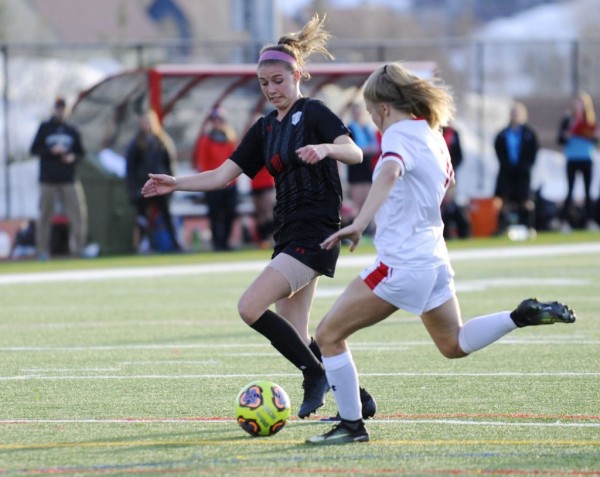 The all-around athleticism on the Sailors team makes them a lethal contender in the Western Slope League, able to command the field with speed and ball handling skills.

“The girls had so much fun because they got to play a game of soccer they truly love to play, where we can knock the ball around, really combined with each other and feed off of each other and get creative,” Early said. “We love to play teams like Glenwood that also look to try to find ways to get in behind and get creative. We have a huge respect for Glenwood and how they play, and we get excited to play teams like that.”

The Glenwood Springs Demons defeated Steamboat in both contests last year and were undefeated in Western Slope League play before tonight’s game. The Demons had multiple opportunities created on goal but were only able to capitalize on one of them with just over 17 minutes left in the first half. Steamboat scored all of its goals within the first 15 minutes of the game.

“There’s things we can improve on. When you lose a game, you learn a lot more from a loss,” Demons head coach Joe Calabrese said. “We created chances the second half and came out better. Steamboat plays with a purpose. That first 15 minutes, they really wanted it, and they were rewarded for it.”

“You never look over a single opponent. As far as the preparation we have going into the next game, we know that is something we prepare for to continue to connect and be sharp, making sure that everything is fine-tuned, so when we do go into every game we have leading up to Battle Mountain, we definitely want to make sure everything is sharpened and our attacking and defensive strategies are in play.”