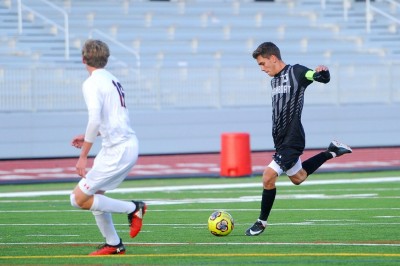 The Steamboat Springs boys soccer team grabbed a 4-1 victory against Wheat Ridge on Saturday, Sept. 22, closing out a three-game week on the road.

The Sailors took a 1-0 lead at halftime before coming up with three goals in the second half. Senior Murphy Bohlmann led the team with two goals, and senior Quinn Connell and junior Kevin Kaster each added one.

Bohlmann led the week as the Sailors’ top scorer with three goals scored, including one from the 7-2 loss to Battle Mountain. Junior Oliver Capparelli also launched a goal in that game.

Kaster finished the week with two goals, including one in the 3-3 tie with Summit, where seniors Daniel Lopez and Riley Moore also added one goal apiece.

Steamboat Springs went into the game against Glenwood Springs with a 6-1-1 overall record, including a 4-1-1 class 4A Western Slope League record, with its loss to Battle Mountain and tie with Summit from last week’s competition.