On senior night, in the homecoming game, the Steamboat Springs High School soccer team took on No. 1 Battle Mountain. Ahead of the game, as the team honored the nine seniors, Pete Dohr said his favorite memory of Sailors soccer was beating Battle Mountain that night. 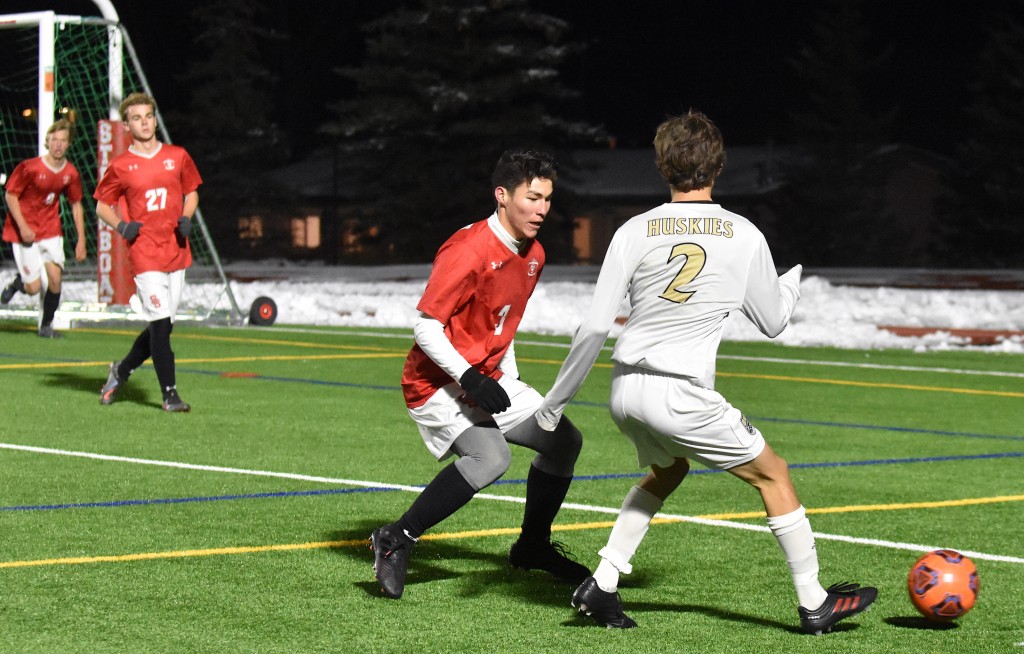 That combination of optimism and desire seemed to be in every Sailor, as they started off stronger than ever. Just three minutes into the match, senior Marat Washburn put Steamboat up 1-0.

While the first half remained competitive, the Huskies put the game away in the second half, eventually winning 5-1 on Thursday, Oct. 24, at Gardner Field.

“We really wanted this one,” Dohr said. “We had a tough season, not really what we wanted. To go out on a win against the No. 1 team in the state would have been really cool. We started well, we put one away. They were scared a little bit.”

Battle Mountain gave up its 10th goal of the season in the game. Rattled or not by the early setback, five minutes later, Huskies senior Karsen Williams tied it up at one.

The rest of the half was goalless but full of tension. Barajas earned a yellow card, Twiss went down with an injury, and Battle Mountain goaltender Cruz Ramirez limped from a collision with Washburn that earned the Sailor a yellow card early in the game.

Battle Mountain head coach David Cope said none of the injuries should affect their postseason, and that he expected a gritty game.

“For the Steamboat kids, it’s their last high school game and their senior night. You would expect them to come out and play it like a playoff because it is a playoff game for them. It’s their last game,” Cope said. “That’s fine. We have players that can withstand that, and it’s good to get us ready for the postseason.”

Steamboat had huge opportunities in the opening minutes of the second frame. Senior Kevin Kaster got a through ball onside, barreling towards the keeper. He waited too long though and drifted out of bounds as the goalie challenged.

That set up a Sailors corner, which senior Daniel Lopez took. He targeted Kaster in front, who headed the ball towards the far post, but it went wide. 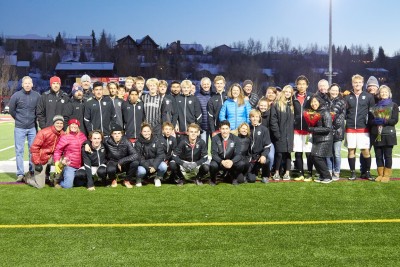 Despite their efforts, the Sailors didn’t net another goal. Meanwhile, a free-kick from Barajas and a shot from midfield by junior Louis Castillo put the Huskies up 5-1.

While Dohr’s prediction of a win didn’t come true, he did everything he could to make a Steamboat win possible. If it weren’t for his work on the backline, stripping attacking Huskies of the ball, the game could have gotten away from the Sailors far sooner.

Dohr and his fellow seniors, knowing it was their final game, left it all on the pitch.

Sam Brown got physical on defense, running 30 yards to slide in an attempt to keep the ball inbounds for his team. James Berntsen and Alfredo Perez put pressure on any Huskies player passing through the midfield. Bryce Zetzman, who rarely plays varsity, got a starting spot and Oliver Caparrelli moved up to offense in the second half, using his trademark speed and footwork to try to make something happen.

“I really am so excited for the seniors and this group on how they finished this week,” Steamboat head coach Rob Bohlman said. “They worked very hard and got a great result on Tuesday and today with a great approach. They worked for each other, played for the seniors.”