Two goals in the first half and another in the second helped the Steamboat Springs High School girls soccer team extend its winning streak to nine games with a 3-1 victory over Palisade on Saturday. 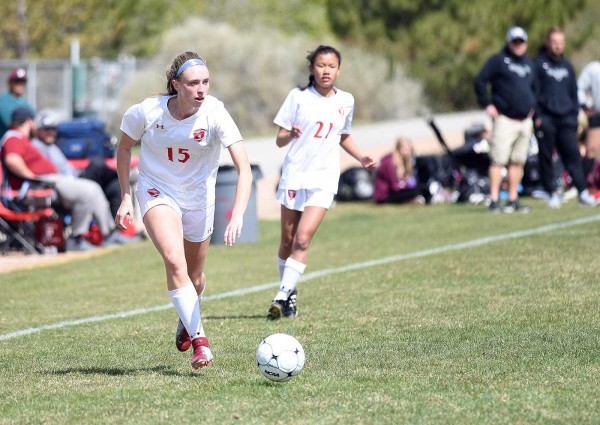 Steamboat Springs senior Delaney Moon races past the Palisade defense in the first half of the Sailors 3-1 win over the Bulldogs on Saturday. Photo by John F. Russell

The win sets up a showdown with Battle Mountain that could be a key game in the Western Slope League standings.

“This is one of the biggest games we will play this season,” senior Delaney Moon said about the Tuesday evening contest against the Battle Mountain Huskies, who are unbeaten in league play and have only one loss this season. “We need to go in knowing that we need to play our game, we need to step it up, and we need to have the right mindset and the right intensity.”

On Saturday, it was Moon who gave the Sailors an early 1-0 lead. Moon took the ball across the top of the 18 before firing a shot just over the fingertips of the Palisade keeper 22 minutes into the game.

Rachelle Koly gave the Sailors a 2-0 lead at 35 minutes on a similar effort. She took a pass from Hailey Moss and moved the ball to the front of the Palisade goal before firing a shot past the keeper for her 11th goal of the season.

The Sailors final goal came off Riley Hodges’ corner kick. Moon was able to put her head on the ball in front of the goal for the score.

Palisade’s Justice McKee scored the final goal of the game. After stepping in front of a Steamboat Springs pass, she fired a left-footed shot from about 20 yards out that beat the Steamboat keeper.

The Sailors are now 9-2 for the season and 6-1 in league play. Battle Mountain was on top of the standings headed into Saturday’s games with an 8-1 overall record and 6-0 in league play.

The Sailors will face the Huskies for the second time this season at 6 p.m. Tuesday at Gardner Field. Steamboat lost, 2-0, in the team’s first meeting in the second game of the season. 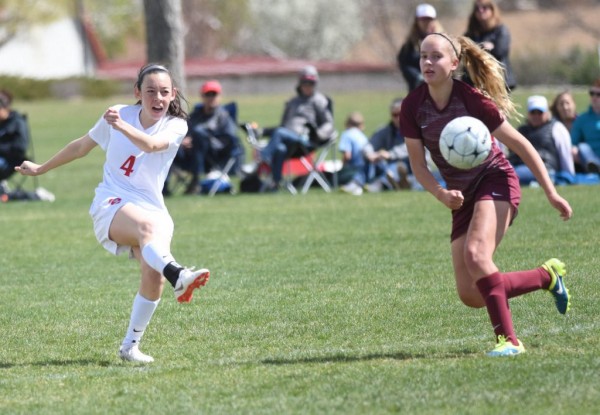 Steamboat Springs senior Rachelle Koly fires a shot on goal in the first half of the Sailors 3-1 victory over Palisade on Saturday in Grand Junction. Photo by John F. Russell 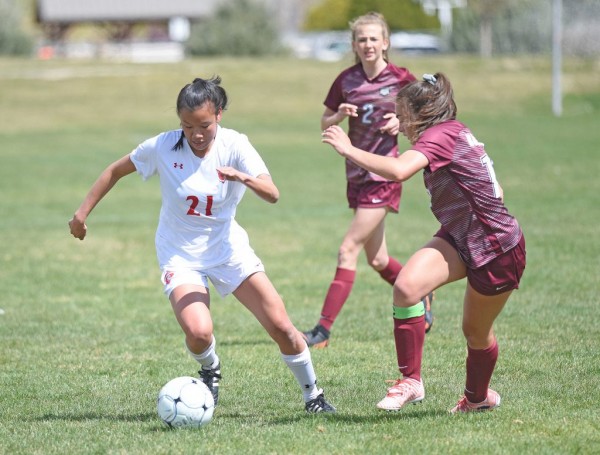