With hardly any opportunities to play offense, the Summit Tigers (1-4) scrambled in the back field for most of the game as the Sailors (3-2) pounded the net for a 7-0 win. 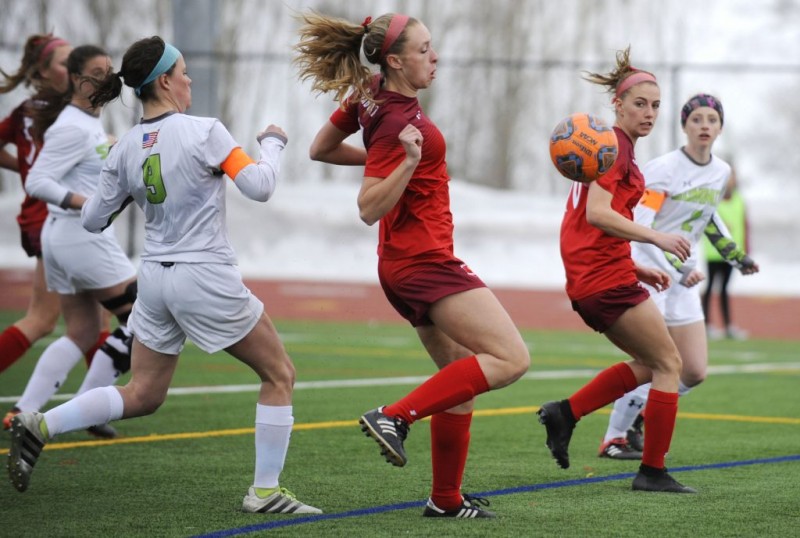 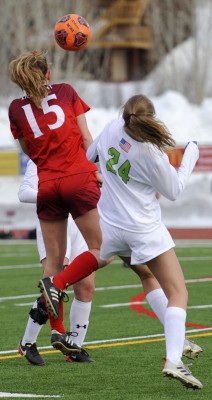 Steamboat Springs senior Delaney Moon jumps up to take a header during the game against Summit on Thursday, March 28 at Gardner Field. (Photo by Leah Vann)

“So many times, you saw our outside backs overlapping our forwards, and they were the ones delivering that ball and creating opportunities,” Sailors head coach Rob Bohlmann said. “Everyone was involved mostly on the ball and creating the attack.”

Four of those seven goals were from Steamboat senior Delaney Moon, who always seemed to be in the right place at the right time. It was the highest scoring game Moon has had in her high school soccer career.

“I think I just finally found my rhythm with the team,” Moon said. “I think after the second one, I definitely had more energy, and I wanted to keep putting them in the back of the net, and I was able to do that with the help of my team.”

In her first goal, a corner kick brought the ball right in the center, where multiple Sailors chipped away before Moon had the final say.

The next goal was a given. Steamboat senior Rachelle Koly had the ball on a breakaway down field and just before reaching the goal, she felt Moon’s presence beside her, tapping a short pass from the left for Moon to take a straight-on shot past the goalie.

Moon’s second, third and fourth goals came in the second half. Up 2-0, Moon added her third goal, then Steamboat senior Lucy Wilson added her first to make it 5-0. Moon’s fourth followed after then Steamboat sophomores Lilli Armstrong and Courtney Vargas added one each for a 7-0 final score.

The Sailors are now on a three-game winning streak after an 0-2 start heading into Saturday’s home game against Palisade (0-2). The Sailors have been able to capitalize on their speed to display a strong offensive attack.

“We just have to keep the right mindset,” Moon said. “Know that we can still make mistakes. We can’t get too cocky, so we’ll keep improving in practice to help us in the games.” 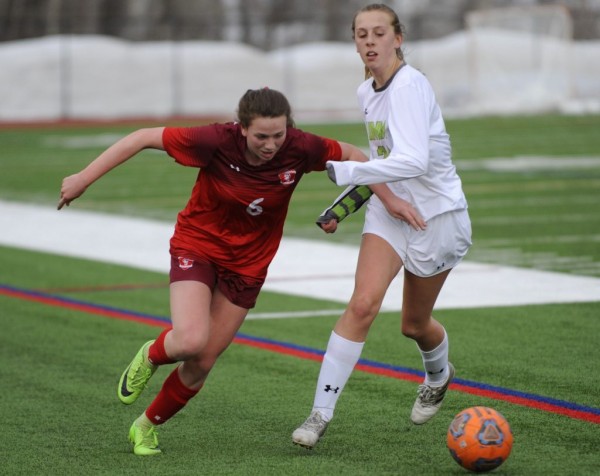