The Sailors (1-2) hosted Aspen (2-2) on Thursday, March 21, in what turned into a back and forth offensive shootout. Steamboat had the final say, 5-4, to notch the first victory of the season after going scoreless in its first two losses. 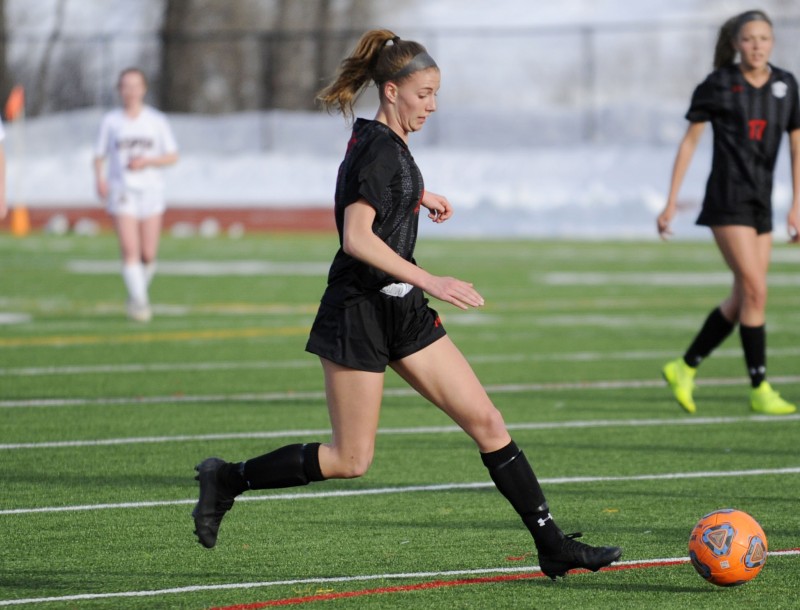 “It sets us up for a lot of momentum,” Sailors head coach Rob Bohlmann said. “If you go 0-3 and you’re really scratching your head.”

The Skiers were the first to strike when junior Payton Curley drew Steamboat goalie Caroline Lupori to the outer right edge of the goal, knocking a ground shot into the left corner.

Aspen’s top scorer sophomore Kelley Francis knocked in the next goal less than 30 seconds later to spot a 2-0 lead for the Skiers. It was the beginning of a long night of seeing Francis’ shots hit the net. She led the Skiers with a hat-trick performance of three goals on the night.

The Sailors found strength in their speed on offense, launching their first two goals within three minutes of each other.

Steamboat’s first goal of the season came on a breakaway by junior Sophie Leeson, tricking the goalie with her footwork as she sped around and chipped in an easy goal for a 2-1 score. Leeson was the star of the night for the Sailors, scoring three goals.

“Her mobility off the ball was really good,” Bohlmann said. “That’s the biggest thing we’ve been talking about up front is the mobility off the ball, working off of each other, running laterally, looking to be those target players, and it was much improvement. She covered a lot of ground tonight.”

Sailors senior Rachelle Koly sprinted down the outer left edge of the field, battling a defender who followed her footsteps. She launched a shot from nearly 20 yards out, crashing the top left corner of the net to tie the game 2-2. 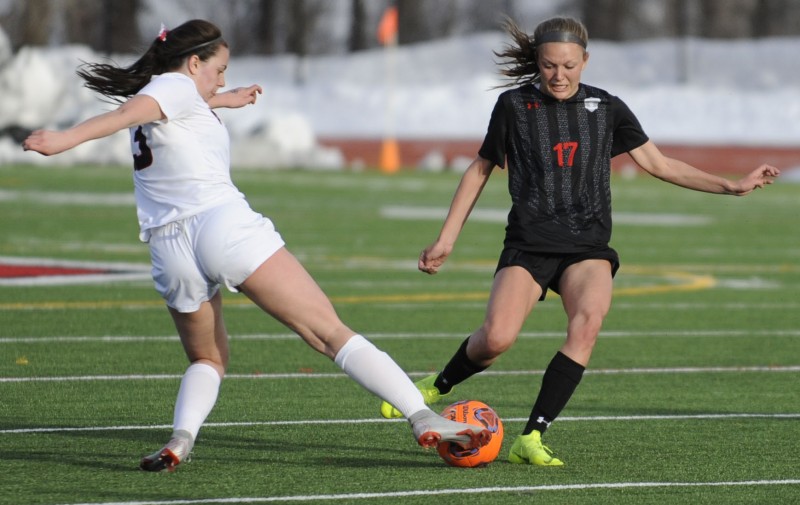 “Goals are scored by other teams making mistakes, and boy did we make a few today,” Aspen head coach John Gillies said. “They passed the ball around well, but it’s something we had under control and, all of a sudden, they score that silly goal and we panicked … It was like a deer in the headlights.”

Steamboat claimed the lead next when sophomore Lilli Armstrong attempted a shot, and Leeson drove in its ricochet to take the 3-2 lead. Aspen’s Francis followed with a goal shortly after to tie it up 3-3.

Just before the half ended, Steamboat senior Delaney Moon knocked in a fourth goal on a header off a corner kick by senior Megan Salyer to reclaim the lead, 4-3.

“We got caught out with some of your [Steamboat] girls’ speeds,” Gillies said. “We tried to compensate by putting girls with more speed and less skills, so we lost something and gained something.”

The pace had been set, but the Skiers weren’t letting up. Francis kicked off the second half with her third goal to tie the game up at 4-4.

Stronger defensive limited token opportunities for shots on goal in the second half. The Skiers and Sailors remained scoreless until halfway through when Leeson scored her final goal of the night on a header to give the Sailors a 5-4 lead.

As the clock ticked down the final seconds, the Skiers scrambled to put together a final corner kick. Francis sprinted to the edge, lobbing a kick to the middle of both teams and Steamboat had the first touch, knocking it out of the contention as the clock struck zero.

“We found ways to score goals and that was our No. 1 priority,” Bohlmann said.