Steamboat downs Delta to take back 2nd Place in WSL 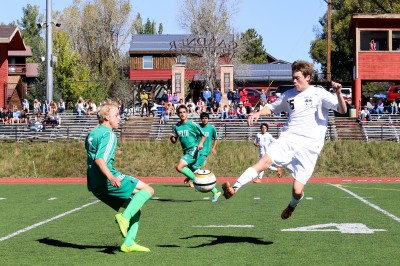 It was a good day Saturday for the Sailors. To go along with the 2-0 win at home, the Sailors were the beneficiaries of Eagle Valley’s win over Steamboat’s next opponents, Battle Mountain (Tuesday). Cruz Archuleta came up big against his former team with 1 Goal and 1 assist in the win. Devin de Jong was credited with the Sailors’ second goal off of a corner kicked by Archuleta.

The Sailors will take on the Battle Mountain Huskies at home on Tuesday night. The Sailors and Huskies have been trading 2nd and 3rd places in league for the past few weeks. Fans will be aplenty for this league match up, as it is Steamboat Soccer Club night at Gardner Field. Get the whole family out Tuesday Night to support your Sailors