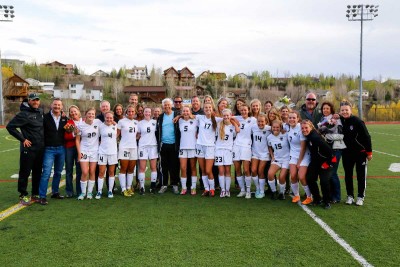 In truth his team had already realized a major goal of the season, making the state playoffs. Thursday’s result didn’t change anything. They were going to be in, but he didn’t let his team in on that detail.

Convinced their backs may be against the wall, the Sailors played one of their most complete games of the season, celebrating senior night with a complete 4-0 win against the Bulldogs.

“We came in with this mentality that we were going to get in and every game we worked really hard,” Steamboat senior Lauren Anderson said. “To actually be in this year means a lot because we worked so hard for it.” 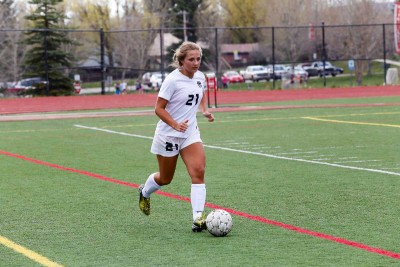 The Sailors were driven this season by a disappointment from a year ago, when they were left out of the state playoffs despite finishing the season thinking they would likely make the cut.

Of course they wanted to make the playoffs this season. What team wouldn’t? But it was a little bigger target, a bigger focus and a more important goal.

With a 10-4-1 record and a third-place finish in the Western Slope League, Bohlmann said his squad will be there Sunday when the Class 4A bracket is announced.

“We go back to a year ago and see when you leave it up to things not in your control, something can happen,” Bohlmann said. “That’s been a big focus for us. We didn’t want to leave it up to trying to get an at-large bid. We feel really happy with the progression we’ve taken this season.”

Steamboat broke the game open with a surge midway through the first half, delivering two daggers less than a minute apart that did a lot to put Moffat County away.

The Sailors controlled the pace of play for the majority of the game, but the Bulldogs repeatedly found ways to keep the ball out of the net. Goalie Hannah Walker was kept busy and played well until Steamboat senior Lauren Anderson got the scoring started.

It was important for Steamboat in the game and was even more than that for Anderson, who’d never scored in 11 years playing soccer.

Her goal Thursday would have been a tough one to prevent as it looped in from 25 yards out, slicing just below the crossbar.

“I always play defense and never really attack,” Anderson said. “I really wanted to score tonight. That meant a lot, especially because it was senior night.”

Meghan Garrecht-Connelly made it 2-0 a moment later. Megan Williams added a third goal in the opening moments of the second half and Savannah Bauknecht wrapped things up with a goal midway through the second half.

The game ends the season for Moffat County, leaving the Bulldogs with a 7-8 record. The fell a game short of the playoffs, missing that opportunity with a loss last weekend.

“I saw a lot of good improvement, tonight and throughout the whole season,” coach Harry Tripp said. “We had really good traps. I wish we had made cleaner passes.”

Steamboat, meanwhile, now awaits good news it’s expecting on Sunday. It will likely be a high seed in the tournament, meaning a road trip to play one of the state’s very best teams.

They’re thrilled to get that chance.

Posted by Steamboat Springs High School Soccer on Friday, May 1, 2015