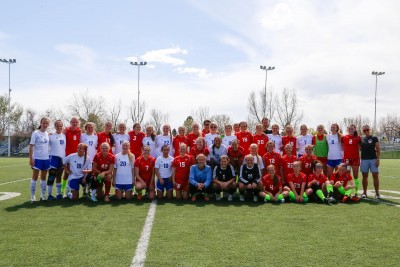 By Joel Reichenberger
Originally from Steamboattoday.com

There was a moment, late in the second overtime, where the Steamboat Springs High School girls soccer team thought things had turned out perfectly.

Knotted in a tie game, the team thought it had scored the winner, right up until an official’s whistle called the Sailors offsides.

Steamboat ended up in a 1-1 tie on a road trip against Centaurus. The win would have been sweet, but Coach Rob Bohlmann said a draw wasn’t too bad.

“Both teams battled hard. Both teams had opportunities, and both goalkeepers kept the game clean,” he said. “Coming away with a 1-1 draw is a good result.”

Centaurus scored first, but Steamboat junior Jordi Floyd evened things up midway through the second half.

That was it for the scoring, thanks in part to another stellar day by Steamboat goalie Ocoee Wilson, who had 13 saves.

The team now has a quick turnaround for a road game Monday night at Palisade.