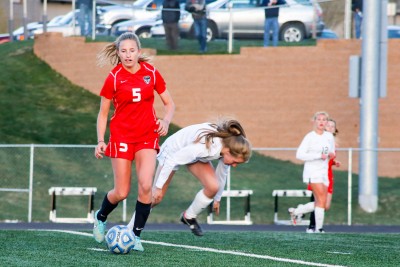 EDWARDS — It wasn’t as a dramatic as President John F. Kennedy declaring that “a torch has been passed,” but it was a changing of the guard on Monday in Edwards.

“It’s fantastic,” Sailors coach Rob Bohlmann said. “We’ve talked a lot about those milestones, those different steps in the journey. We really feel like a big part of this journey that we’re on this season was going back to a year ago and the character this group showed.”

Coach Bohlmann was talking about how Battle Mountain beat Steamboat twice resoundingly during the regular season on its way to a third league title. The two teams ended up meeting in the second round of the state playoffs in Edwards with the Sailors evening a 2-0 deficit, only to see Battle Mountain’s Logan Nash score the game-winner in overtime.

“It’s sounds corny, but it’s kind of like a dream come true, especially after last year,” Sailors senior goalie Ocoee Wilson said. “We knew what it was like to be this close and just miss out. We’ve just prepared all year not to let that happen again.”

“You have to take your hat off to Steamboat. They have been a great adversary for our team the last four years. Congratulations to them.” David CopeBattle Mountain coach

Steamboat Springs (13-1 overall and 11-0 in the Slope) celebrated, popping off some confetti at midfield and then politely cleaning it up after the postgame handshake.

“Basically, today’s about Steamboat,” Huskies coach David Cope said. “You have to take your hat off to Steamboat. They have been a great adversary for our team the last four years. Congratulations to them. They left this field in tears last year and their season was over. It’s probably extra special for them to clinch it on our field.”

To Battle Mountain’s credit this was a game for 60 minutes as opposed to the first meeting when the Sailors led 3-0 at the break on the way to a 5-0 victory.

Natalie Bohlmann fed Brooke Buchanan to break the tie in the 48th minute. That was an apropos reward for Buchanan who had several good runs up the right side as the second half started.

In the 59th, Steamboat got a corner kick and freshman Megan Salyer ended up bending it into the Huskies’ net. Tess Richie capped it late for Steamboat.

Original Story by Chris Freud appeared on VailDaily.com
Sports Editor Chris Freud can be reached at 970-748-2934, cfreud@vaildaily.com and @cfreud.