Olympian Julia Krass has won many slopestyle skiing medals. On November 9th, she added a new medal to the collection, a high school state Soccer championship.

Krass’s slopeside coaches urged her to focus soley on skiing, and give up soccer. She loved soccer too much to quit, even after competing in the Sochi Olympics.

“There was a time last year where my ski coaches were telling me to quit soccer and train all year on skiing,” she said. “But I love both sports. It’s definitely hard to continue to play soccer. I thought about focusing on skiing, but I loved soccer too much to stop.”

The biggest difference between soccer and the Olympics was the team aspect, Krass said.

“I was with all my good friends I was playing soccer with the past 10 years or so,” she said in a phone interview. “We had finally gotten to the top with each other, whereas skiing is more individual.”

Krass has already switched her focus back to skiing. She’s preparing for her post-Olympic season debut at the Dew Tour Mountain Championships in Breckenridge, Colo., in December. 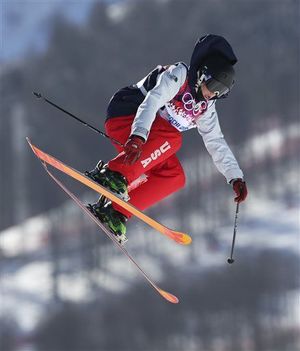