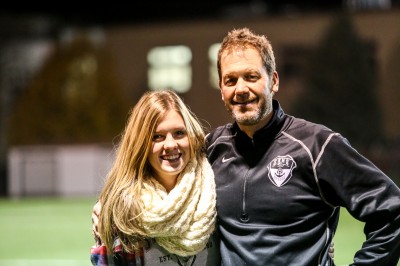 He arrived in town in the late 1980s a wide-eyed Texan who knew that he wanted to live in the mountains and coach soccer, and taking his first step toward fulfilling that goal, he looked up the Steamboat Soccer Association in the phone book.

While the program already existed, he’s been integral to the sport’s development here ever since, and for that he’s this year’s best coach in town. “It’s a very special opportunity to do what I do in the best town in America,” he says. “It is very much a privilege.”

Bohlmann currently serves as the director of the Steamboat Soccer Association and head coach of the boys and girls high school varsity teams. He says that when he started, soccer in Steamboat was a decidedly seasonal sport stocked with skiers and other athletes looking to stay in shape. There were about 150 kids, no girls teams and a club high school team. It’s an entirely different world now.

SSA now attracts 140 teams to its annual summer tournament. It fields dozens of local teams, and it plays in three seasons: spring, summer and fall. About 750 athletes participate annually, and organizing it all is a full-time job. Bohlmann and two other staff members work year-round, putting on indoor leagues and conditioning workouts even when their fields are buried under 4 feet of snow.

He’s hoping a planned trip with a team to Denmark and Norway to play this summer will do more to light the fire for all players. Soccer here is no longer just an offseason diversion, and Bohlmann is intent on keeping it that way.