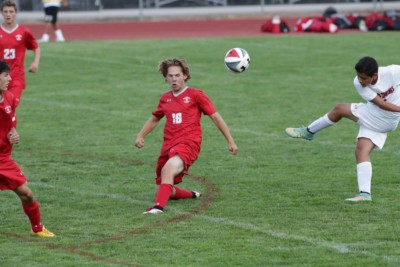 The squad’s game at Glenwood Springs was scoreless through the first half. The Sailors exploded in the second, however, rolling to a 4-1 victory.

Coach Rob Bohlmann said his team managed to force Glenwood’s defenders into unbalanced situations in the second half, and then, the goals came in bunches.

In Other News: Steamboat TV Morning News for September 1st

Quinn Connell struck first, putting away a pass from Alexander Coffey on a set piece that gave Steamboat a 1-0 lead. Glenwood answered soon after, but Steamboat then poured in three more goals in a span of about five minutes. 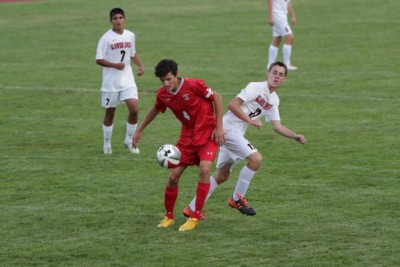 Will McConnell shields the ball from Glenwood defender.

“It just comes down to the consistency and the perseverance,” Rob Bohlmann said. “The boys strung together a very solid 80 minutes. The second half was good.”

He said strong defense from the team’s back four helped, as did several big saves from senior goalie Andrew McCawley. 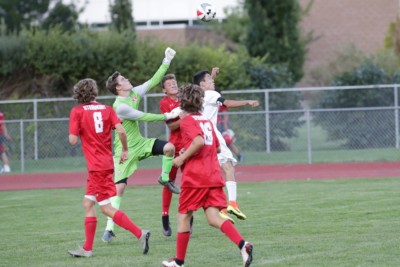 “Andy came up with a couple of clutch saves. When that happens, the rest of your players rally behind that,” Bohlmann said.

The win gave Steamboat a 1-0 start to the Western Slope season and set the Sailors at 2-1 on the season. They’ll be going for a 3-0 week Saturday with a trip to play at Palisade, 0-1 this season after losing last week to Glenwood, 6-0.