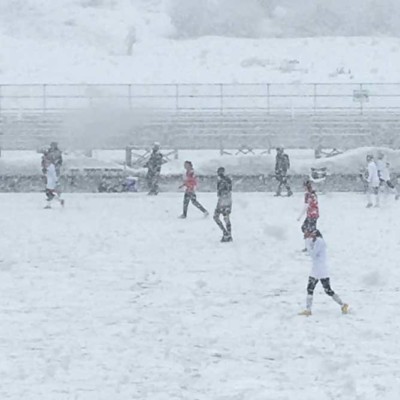 Steamboat played at Summit High School in a shortened game due to snow. Photo By Tracy Colombo

The Sailors beat the Tigers, 2-0, on Tuesday at Summit High School in a game shortened by snow.

Steamboat beat the same team at home, 1-0, on Saturday.

The win bumps the Sailors to 3-2 on the season, putting them above .500 for the first time following an 0-2 start to the schedule.

Next up for Steamboat is a trip Saturday to play at 11 a.m. against Eagle Valley. That’ll be a big one despite its place early in the league season as both teams are currently tied for second in the Western Slope with 3-1 records.