Two Sailors Sign Letters of Intent to Play in College

February 3rd 2016 was the national letter of intent day. High School athletes from all over the US signed letters of intent to attend and play their sport at the college of their choice. Two Sailor Soccer players were among the athletes that signed letters today. 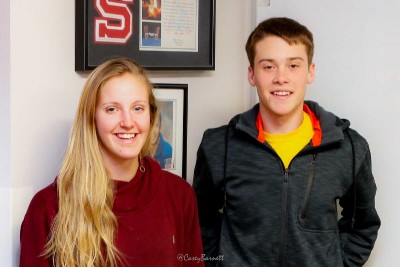 Ocoee Wilson, starting goal keeper for the Women’s Soccer program has been one of the most highly recruited Sailors in recent time. With 43 coaches from around the country, Wilson had a lot of choices. She narrowed down her list, and visited 10 school to try to get a feel for where she felt most comfortable and where the coach would support her most. She considered schools in Durango, Southern California and Arkansas. After visiting the schools, she just did not feel like the schools she had visited really fit her and she was afraid she would have to settle. In November she took one last trip to Texas and after that her decision was easy.

“I flew out there for the weekend and fell in love with the school and really liked the coaches,” she said. “I like the campus. It’s really pretty. Even though it’s really different from Steamboat, I kind of wanted something different.”

Her school of choice… Dallas Baptist University. At DBU, Wilson will become a Patriot and will be coached by NCCAA Frack Jewell Award winning coach Michelle Lenard. The Patriots finished a school best 15-4-3 in 2015 and won the NCAA Division II South Central Regional Championship and advance to the Elite Eight. 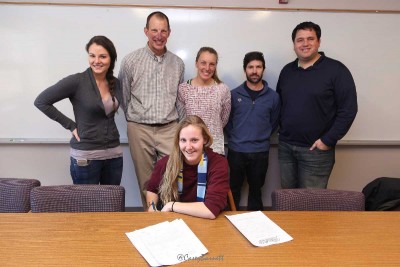 Jack Salyer moved to Steamboat Springs his freshmen year, but college soccer was already on his mind. Throughout his soccer career in Steamboat, Jack has stood out from his peers with is special flare with the ball and keen soccer sense. In his senior season, Salyer scored 9 goals and had 7 assists. He also received All State and All Leagues Honors.

In the fall, Salyer will attend Colorado Mesa University. Salyer said his choice to attend NCAA Division II Colorado Mesa was an easy one after attending camps at the school.

“The coach (Todd Padgett) was always really nice and always helped,” he said. “If we had something to work on, he told us what we needed to do. It’s a nice school. I like the campus, and it’s in state.”

The Mavericks had a good season in 2015 ending the season with a 14-5-2 record and earned a No. 4 seed in the NCAA Tournament. 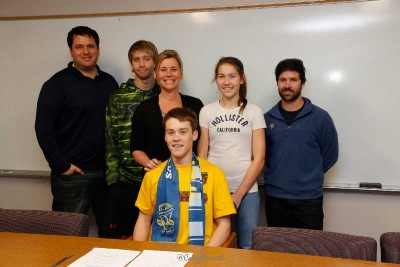